Exploring the purchase of land can be a good investment strategy, especially for buyers who are interested in purchasing vacant, undeveloped land. In most cases, land that has not yet been improved will be much less expensive to purchase than more developed properties and easier for new investors to afford. In order to maximize the potential profits, however, vacant land buyers will want to learn to look for parcels with features that have the most potential to bring added value to the property.

Unimproved parcels of vacant land can also become more valuable in the future if they are located in close proximity to another property that is currently or has already been developed. For example, a parcel of vacant land that is located near a newly built subdivision may benefit from its location if the local housing market appears to be expanding and more land will soon be needed for the construction of additional homes.

Vacant land can also benefit from having a close proximity to major employers, recreational and retail locations, schools and other attractions. Even parcels of vacant land that in more remote locations can benefit due to their proximity to some other types of land. For example, a parcel of land that borders onto a large parcel of publicly accessible land, such as parcels owned and managed by state conservation or forestry departments can be an excellent investment property.

Parcels of vacant land can also increase in value when they are easily visible and have good access via established roads and highways. These qualities will help to attract future buyers who want to develop the property for industrial, retail or other commercial uses. Parcels of land that offer good visibility will allow developers to more easily utilize some types of advertising, while easy access can make it easier for construction projects to move forward while also helping to reduce some of the costs of development, such as connecting to utilities.

The natural attributes offered by a parcel of vacant land can also help to increase its value at a later date. For example, parcels of vacant land that have reliable sources of clean water from lakes, springs, or rivers may be considered much more valuable by future buyers than those without any water sources. Additionally, attributes like mineral deposits or stands of harvestable timber can also help to make the parcel more valuable.

To learn more about purchasing vacant land, prospective buyers can contact a real estate agent who specializes in listing and selling land for sale. 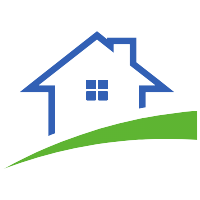 When you purchase a new place, it can be a little tricky to know how to make it your own. From painting the walls to switching out moldings, making the appropriate changes can really shift how things are going to progress. On this blog, check out great tips, tricks, and articles that talk all about how to boost your real estate experience and make things better than ever before. After all, by making changes today, you could enjoy a brighter, healthier future tomorrow. Real estate is an excellent investment, and the right moves could put you in a much better position in the long run.